The attack campaign was first revealed on Dec. 13 by FireEye, which was one of its first victims. We still don't know the extent of the hack, but we do know that major Government agencies like Commerce, Homeland Security, State, Treasure, and The National institutes of Health became a target along with hundreds of other businesses using the software.

Soon after that Solarwinds published its own advisory warning Orion users that the software had been corrupted by a highly sophisticated supply chain attack on the Solarwinds Orion Platform.

Moreover, the Cybersecurity and Infrastructure Security Agency (CISA) advisory notes the attackers behind the SolarWinds targeted key personnel at victim firms so Staff should assume their email communications and internal network traffic are compromised, and rely upon out-of-band systems for discussing internally how they will proceed to clean up the hack. 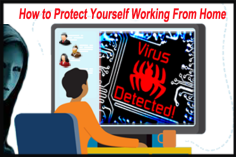 How to protect yourself working from home.

Many people are working from home now days and few know just how to protect their work and computers from online hackers and viruses. Here is a short list of some of the key things to do to protect yourself and your home network. 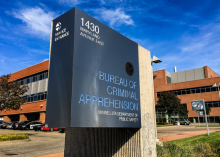 The sensitive information includes details about key Minnesota security and intelligence personnel at every level of government.

Information on over 9,000 government and industry personnel dating back over 15 years were divulged in a breach of data from ICEFISHX, an intelligence sharing and emergency alert website, which is part of the Minnesota Fusion Center, the intelligence wing of the Minnesota Bureau of Criminal Apprehension.

The stolen data was contained in “BlueLeaks,” which is being called the largest leak of U.S. law enforcement data in history, and was published online in mid-June by Distributed Denial of Secrets, a team of transparency activists who say they have no political leaning.

The hacked data included over 20,000 files, such as intelligence briefings, software code, suspicious activity alerts, COVID-19 situation reports, violent offender advisories, as well as internal information such as codewords to use when reporting suspected terrorist activity. But some of the most sensitive data might be information on first responders and those keeping Minnesota’s critical infrastructure safe.

To Read the Full Article

CIA Finds It Failed to Secure Its Own Systems 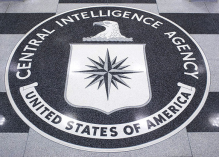 An internal CIA report released Tuesday found that the agency's failure to secure its own systems led to the massive 2017 data breach that enabled classified information, including details on 35 CIA hacking tools, to be leaked to WikiLeaks.

A redacted version of the report, prepared by the CIA's WikiLeaks Task Force in 2017, was released by Ron Wyden, D-Ore., a member of the Senate Intelligence Committee.

The report calls out the CIA's Center for Cyber Intelligence for not prioritizing internal cybersecurity and focusing, instead, on developing offensive cyber weapons.

This lax attitude toward preventive cybersecurity measures within the CIA continued even after previous high-profile data breaches of the agency and other intelligence departments, the report states.

The WikiLeaks Task Force report was prepared after the leaking of the CIA hacking tools, which were referred to as "Vault 7" (see: WikiLeaks Dumps Alleged CIA Malware and Hacking Trove).

The theft of the hacking tools, which apparently happened sometime in 2016, was not discovered until WikiLeaks published the Vault 7 series in 2017. Later, the U.S. Justice Department brought charges against Joshua Schulte, a former CIA employee, who is suspected of stealing the CIA hacking tools and then giving them to WikiLeaks, according to the Washington Post, which first reported on the Wyden letter.

To Read the full Article:

Congress Hears of Fresh Cyberthreats to US Financial Firms

U.S. financial institutions are vulnerable to a new array of attacks from cybercriminals and nation-state hackers as a result of the COVID-19 pandemic, experts told a Congressional panel this week at a virtual hearing.

In their testimony, experts warned that banks and other financial institutions are not equipped to mitigate the latest cyberthreats - including sophisticated hacking campaigns, ransomware attacks, cryptojacking, intellectual property theft and business email compromise schemes - that have surged during the COVID-19 crisis.

The shift to a remote workforce has led many firms to change their approach to cybersecurity at a time when attacks are increasing, experts testified (see: Rethinking Risk for the Remote Workforce).

In the first five months of 2020, cyberattacks against the American financial sector have increased by a staggering 238%, Kellermann said. Ransomware attacks have surged at an even greater rate, he added.

To Read the full Article

The National Cybersecurity Center of Excellence

This practice guide can benefit executives, chief Information security officers, system administrators, or anyone who has a stake in protecting his or her organization's data, privacy, and overall operational security.

For ease of use, the final guide is available to download or read in volumes: